Apatani is one of the many other tribes in Arunachal Pradesh. However, the Apatani tribe primarily resides in Ziro, which is located in the lower Subansiri district of Arunachal Pradesh. The main festival of the Apatani tribe is Dree festival which is celebrated with sacrifices and offerings and with great zest. The Dree Festival is a festival celebrated to worship the agriculture which is the primary mode of income for the people here in Ziro. 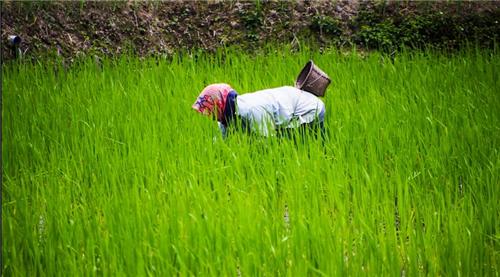 The Dree festival is celebrated every year on the 5th of July and the celebrations begin on 4th of July itself. In the festival five Gods are primarily worshipped: Danyi, Metii, Tamu, Mepin and Meder in order to bless them

with bounty of harvest. Once the rituals are done, sacrifices are made of fowls, eggs and animals to the Gods. The rituals followed during the festival are indeed very interesting and witnessing them would leave anyone awestruck. the deities are made for worship by the local priests with bamboos. The rituals are performed by a few selected and priests and the rest of the priests known as the Gaon Burhas are only watchers. There is this sacred Ranii Akhii which is brought out in the open by the Apatanis only during this festival. However, the common people are not allowed to touch it since it is considered to bring curses on people who touch it.  The ritual starts with the offering of Apong (local rice beer) to the deities and then sacrificing the fowls which are also smeared with apong before the sacrifice. The final sacrifice is of the Mithoon, which is religiously axed and then offered to the deities. The custom of mithoon sacrifice started only in the year 1967 and since then it has been continuing. The very next day a grand feast is held at the Dree grounds and people together cook the meat and enjoy the community feast. 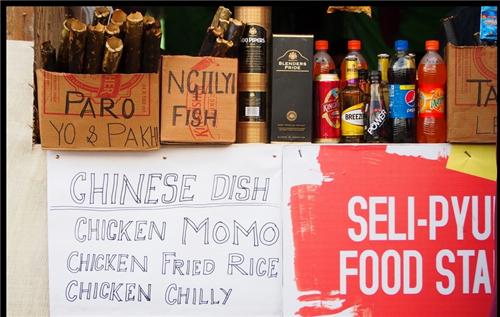 Soon after the feast, the popular Apatani folk dance ‘Daminda’ takes over. It is the ritualistic welcome dance which is performed to mark the beginning and end of Dree festival. Kids and adults alike join in to perform this tradition folk dance and enjoy to the fullest. However, the performance of the dance is not the end of the Dree festival for it continues further with activities such as sports. Even their sports include agricultural tasks for one of the sports was to go to the forest cut tress and then bring it back to the village. This sport is however today not practiced as with passage of time, customs change too.

Cucumber, Apong and Yatang (rice pudding cooked in bamboo) is offered to everyone present on the grounds as Prasad. The festival finally ends with Daminda as all the people get together and join feet to feet to dance and bring a peaceful ending to this sacred festival of the Apatanis.

Dress festival is clearly a festival that brings the people of the place closer and spread a sense of peacefulness. Maintaining its cultural heritage, the Apatanis have been successful in keeping their rituals alive and remembering their ancestors and heritage with respect.